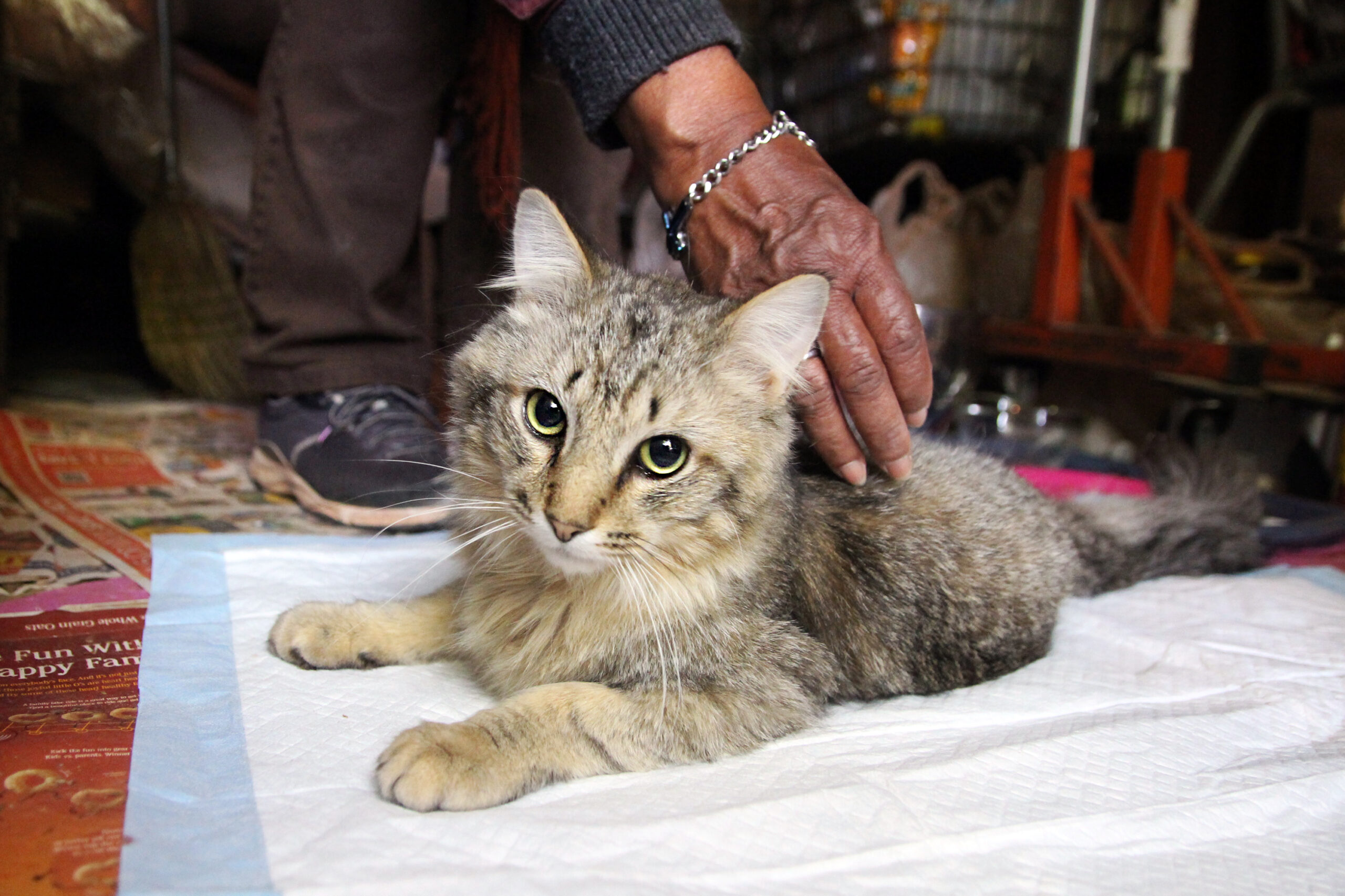 Sarah lives on a tight budget and never planned on having a pet, but sometimes the pet just picks you. She routinely brings food to a neighbor in need, and during one such visit, she noticed a stray cat following her around. It only took a few more food drops, and the regular pitter patter of his paws behind her, before Sarah adopted him as her own and named him Mr. Fluffy Cat.

One afternoon, Sarah noticed Mr. Fluffy Cat limping and found a large wound on his paw. Unsure of how he received his injury but knowing he needed medical attention, she began calling local veterinary offices to have him seen. Due to cost concerns and lack of appointment availability, Sarah struggled to find somewhere to take Mr. Fluffy Cat. But when she called the Atlanta Humane Society, our Resource Center let her know about the Veterinary Center’s affordable sick pet visits and quickly got Mr. Fluffy Cat in to be seen.

His paw was bleeding significantly, but our team tended to the wound, cleaned the infected area, administered pain medication, and started Mr. Fluffy Cat on a course of antibiotics. Sarah was relieved that she found a partner in her pet’s car, and Mr. Fluffy Cat was quickly back to his normal self again.

``You all care. You don't just provide services; you truly care.``