NOTE: This post was originally featured on the Carpe-K9 blog and is copied here with the author’s permission.

One of the great things about dogs is how social they are: to their own kind, and to humans. In fact, it’s the domestic dog’s social behavior that makes it such a great pet. Dogs are hardwired to seek to avoid conflict between themselves* and breeders have for generations honed the dog’s propensity to help our species in a cooperative manner. It’s an inter-species marvel, humans and dogs, and those of us who love canines find it fascinating.

If you share your home with a dog, chances are he has some doggy friends somewhere, either pets of your friends, or dogs he sees out and about in the community. Most dogs seem unselective in their affinity for their own kind, seeking them out and reveling in their company.

Just as we humans don’t instantly adore everyone we see or meet, though, dogs can be selective. As a trainer, I know plenty of pooches who are more discriminating in their affection towards other dogs, and some simply cannot stand the company of their own kind at all, or will only tolerate the company of one or two dogs that they know well. It may seem odd, but it’s perfectly normal for a social species to discriminate among companions. But since the vast majority of dogs seem fine with other dogs, many dog owners just assume all dogs are like that. The reality that not all dogs like every single other dog on the planet can be hard to accept–especially if one has lived with a Labrador retriever.

At some point, the owner of the gregarious single dog assumes that Fido would be happier with a canine pal in the home, and the search begins for a suitable companion. It’s not a necessity if it doesn’t fit your budget or your living space–dogs can get all their needs met if they live alone–but if you are ready for a second dog, by all means start looking.

The fact that not all dogs like other dogs without question is why trainers and other dog pros recommend that dog owners who are considering adding a second (or third, or fourth, etc) dog to their family “pack” take their existing dogs to the shelter to meet the potential newcomer. (Dog owners who are considering combining homes with existing dogs could try a park, or a neighbor’s fenced yard.) It’s not foolproof, but a structured “meet-and-greet” can help to give everyone a better idea of how things might go at home. As a prediction tool, it’s definitely a lot better than a hope and a prayer.

Meet-and-greets are ideally done on neutral territory, so that all parties can be more comfortable. Many dogs are territorial by nature, so removing them from their own yards and homes for this is almost always best. This allows all parties to meet on their own terms, and it can reduce stress. Despite popular belief, dogs are not always capable of “working it out themselves” when they are put into the same living situation, so it is up to us humans to make sure they can coexist without rancor.

(NOTE: allowing dogs to “work it out amongst themselves” can result in injured pets, huge vet bills, and worse. Please take the steps necessary to avoid problems later.)

A structured meet-and-greet may not predict future aggression between dogs, but it generally can rule out “instant dislike.” If your dog is unhappy with every new dog you try, your dog is trying to tell you something: he probably doesn’t want a companion. (Now, aren’t you glad you found this out before the adoption?)

Unless you know for a fact that he enjoys playing with most other dogs, heed his attempt to communicate with you, and abandon your search for another dog (at least until you speak with a trainer). These types of dogs are usually happiest living as the only dog in the home, believe it or not. This is perfectly fine.

*most dogs, that is; some dogs are “bred for battle” and actually go against canine evolutionary history to seek out conflict or at the very least never back down from it. 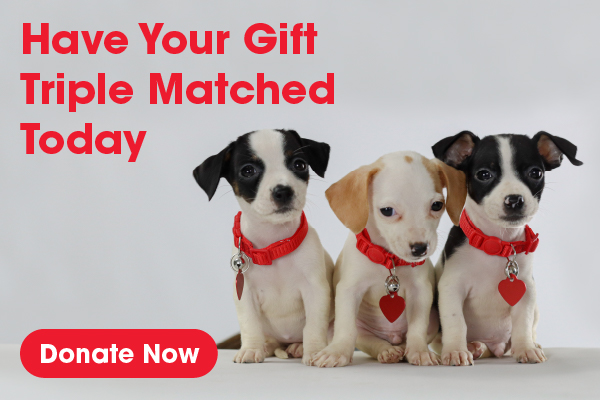